Issues with flow of Junos 9.1 or earlier

2. NAT Configuration that requires multiple security policies (due to the fact that NAT and Security Poilcy are configured together).

Basic trace to monitor interfaces going up and down:

Packet Capture of control traffic to and from the RE of the SRX :

The term allow-all-else is used to make sure that the SRX does not drop any other traffic, but do not sample it either.

A quick way to revert config is using rollback:

Packet Capture on High-End SRX devices(SRX1400 or above): 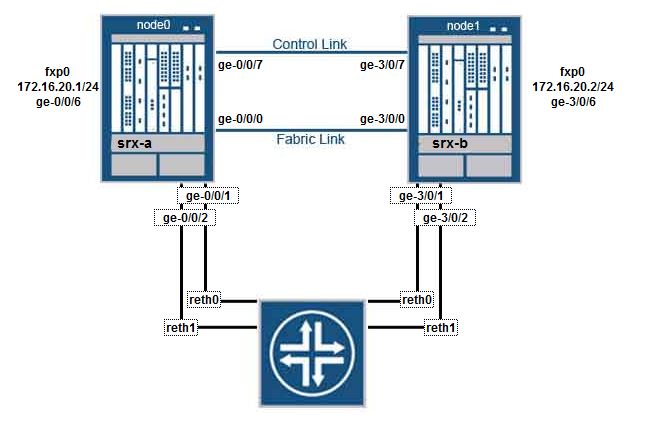 Since routing process is not running on Backup node, we require to configure backup router.
xx.xx.xx.xx is the Backup Router IP address (device shown above along with 2 SRX firewalls).
10.100.0.0/16 is the subnet from where SRX is being accessed.KB15580,KB17161